The Subaru Telescope took a near-infrared image of Mars on July 29, 2018 (Hawaii Time), just before the Red Planet's closest approach to Earth on July 30, 2018. Several patterns on the surface of Mars are clearly seen in the image. 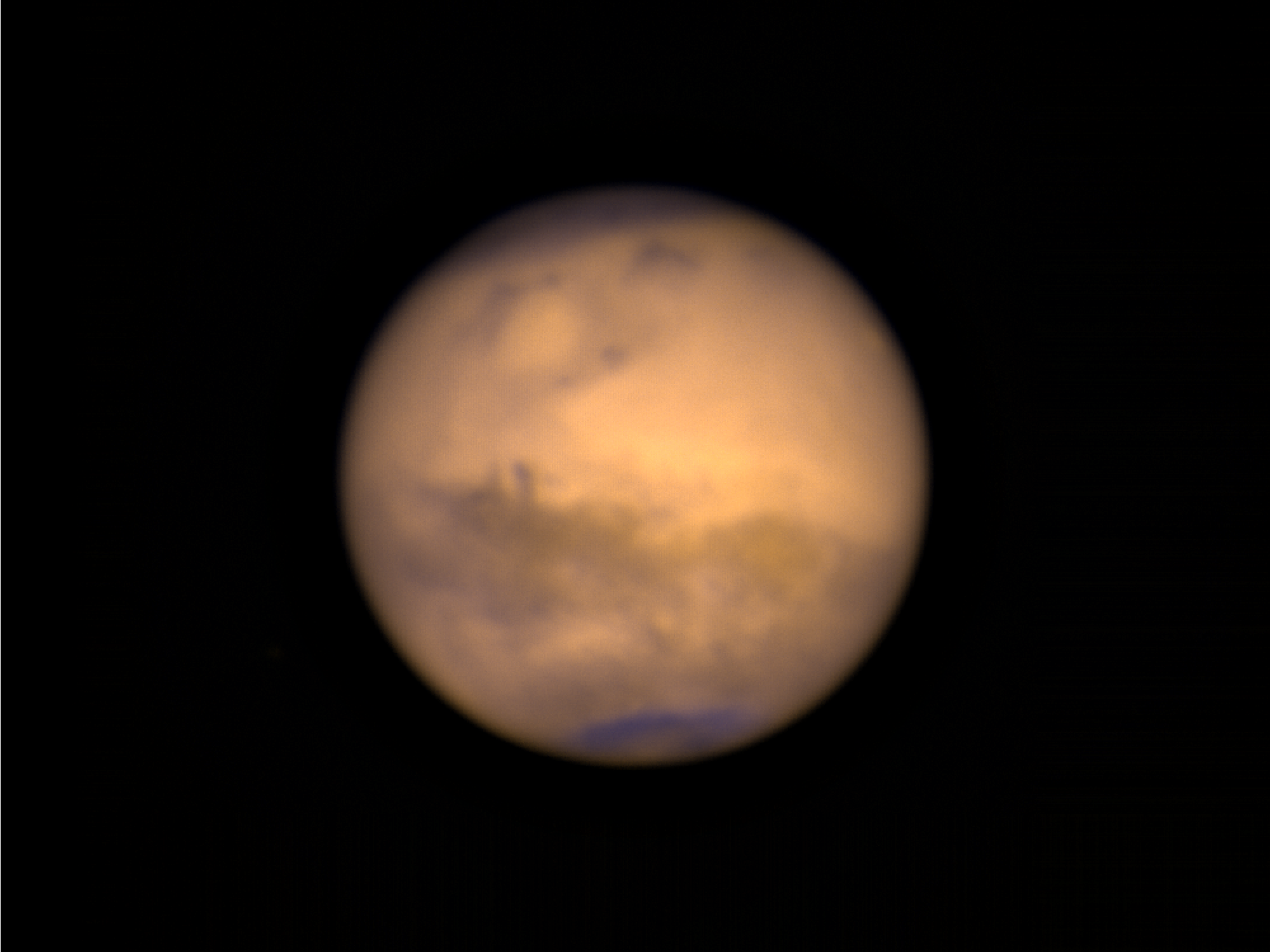 The entire surface of Mars is now covered by a massive dust storm. However, infrared light can penetrate through dust. In order to capture the surface underneath the storm, the Subaru Telescope team made this observation in infrared. This revealed several surface patterns, including the volcano Elysium Mons and the southern polar cap.